Hall Powell – The Missing Link w Jimmy LaRose & Chuck Reich celebrates a very special episode of Overcomers TV. Meet Hall Powell as he shares how he and his wife Melinda Powell have spent their lives in service to Jesus Christ by ministering His love to the hurting and hopeless CHRISTIAN BELIEVER. Hall’s book The Missing Link is now in it’s 4th Edition and continues to inspire people around the world as they pursue a life of transformation.

The headline read, “America Near Moral Abyss.” It caught my eye. The article went on to say, “Everything goes now and the only sin left is being judgmental.” While I am greatly concerned about the seriousness of the moral decay in America, what really concerns me is how can that headline from a major American newspaper be a reality in a country that has been viewed by many in the world as a Christian nation? How has the Christian Church in America let godliness slip away as the basis of America’s social, cultural, and political standard? In the early 2000s, the divorce rate among Christians exceeded that of non-Christians. The United States, a country founded basically on biblical principles, is under fire by liberal thinkers who would remove any Christian influence from the governing of the nation. Well-known ministers and evangelists are convicted of fraud. Others are found participating in immoral acts. Some are sued by members for the effects of “church discipline” or accused of child abuse. Ministers wring their hands wondering why church membership is waning. “Marketing” Christianity as a way of attracting people to attend churches is becoming more common. Christians struggle with the tension between biblical knowledge and personal reality. Conservatives battle liberals, and while all of this is going on, the non-Christian world cynically observes the “Christian soldiers” fighting among themselves and being slaughtered by “friendly fire.” Why? That is what this book is about – The Missing Link that accounts for the lack of spiritual reality in the lives of most Christians.

More than 45 years ago, I heard Dr. Stephen Olford make the statement that the Church in America was going to have to give an accounting to the Lord  as to the plight of America, because the Lord gave this country to Christians as a place of proclaiming and living out the truths of the gospel as a beacon unto the entire world. Look at the Church now. From our beginnings as a nation established on biblical principles to where we are in the 21st century, a nation rebelling against God, committed to separating the Christian Church from any form of influence on our society, we are truly no longer a “Christian nation.” The Church in America has, for the most part, succeeded in making people religious in conformity to the institutional church way of Christianity without leading people into a vital personal relationship with Jesus Christ — a relationship that is truly spiritual and not a religious form of works. In my opinion, much of the activities of the institutional church are to sustain the institutional structure, including the careers of professional Christians, and not necessarily to make disciples and equip the saints for ministry. Obviously, there are exceptions to my premise, and thank God for those people and church groups who are truly making disciples as their first priority and calling. However, I think some seminarians, teachers, and pastors think “making disciples” means making church members. This book will examine more about these distinctions as we explore what it means to be a true follower of Christ. There is a Missing Link in the life of most Christians that explains it all.

I believe this time in human history, our day, is far more important to God (and us) than we understand. I also believe that the whole universe is watching planet Earth, stage-center of the universe, as God demonstrates His authority over Satan and his demons through those of us who have received His Son as Savior and Lord. He planned to bring all of history to its goal in Christ. Then Christ would be the Head of everything in heaven and on earth. God also decided ahead of time to choose us through Christ according to His plan, which makes everything work the way He intends (Ephesians 1:10,11 God’s Word Version). We are His trophies and in turn, we have been made heirs with Jesus Christ, God’s only Son (Ephesians 1:17, 18).

I am amazed by all the Christians I talk with who are not aware of the Millennial Kingdom of Jesus Christ — that it will be here on this earth for a thousand years before He casts Satan and his demons into the Lake of Fire for eternity, and presents the Church to the Father Who will then establish a new heaven and a new earth forever (Revelation 20,21). The Early Church lived in constant anticipation of the Millennium. Right after the resurrection of Jesus, He appeared to his followers for forty days and talked with them about the Kingdom of God. The apostles asked Him, Lord, is this the time when you are going to restore the Kingdom to Israel? (Acts 1:3, 6). They knew that He was the Messiah; the One Who would establish God’s Kingdom that had been promised for thousands of years as recorded in the Law of Moses and the writings of the prophets. Jesus preached the coming of God’s Kingdom and instructed them to pray for the coming of the Kingdom. They believed Him. When He ascended to heaven, He left them with the charge: All authority in heaven and on earth has been given to Me. So, wherever you go, makes disciples of all nations: Baptize them in the name of the Father, and of the Son, and of the Holy Spirit. Teach them to do everything I have commanded you. And remember that I am always with you until the end of time (Matthew 28:18-20 God’s Word Version).

How should we be living? I think we should be living like the first century Christians did: in constant expectancy of the return of Jesus Christ to establish His Kingdom on this earth, and it could be any day now according to prophecy. I believe the millennial reign of Jesus Christ here on earth is to complete the Church so that He can present Her to the Father, holy and without faults (Ephesians 5:25-32). And for those of us who have been redeemed, we will reign and live with Him during that time (Revelation 22:20). We have been redeemed so that we can reign with Jesus Christ in His eternal Kingdom. Hallelujah!

Finally, I find it interesting that the last prayer in the Bible is: Come Lord Jesus (Revelation 22:20). That should be our constant prayer also. Amen, so be it. 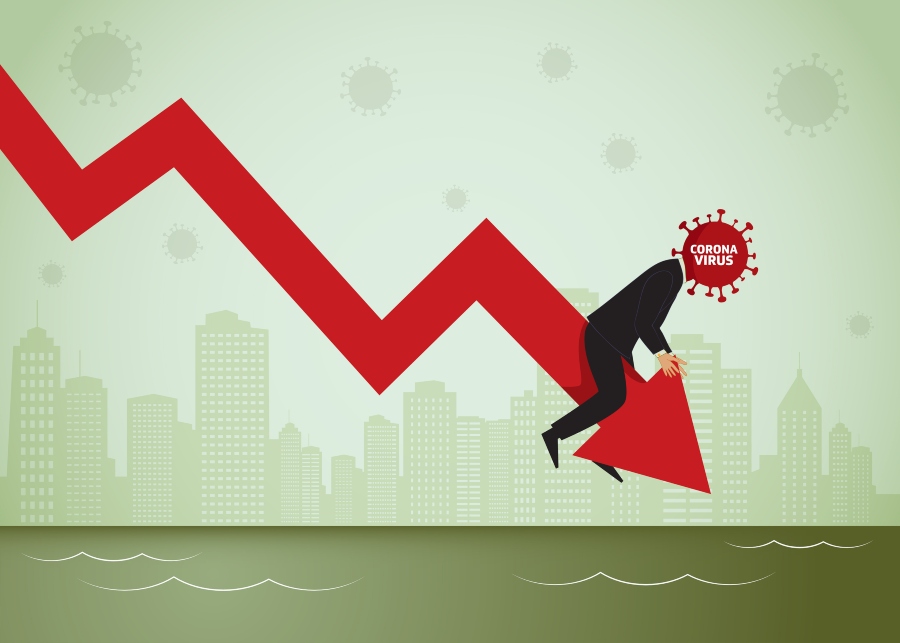 Charities Can Survive COVID-19 – Lessons From 2008